On The Way Out

CDs and DVDs have been something of extraordinary significance

in the past decade. Cassette tapes and VHS tapes became almost totally obsolete. In fact, I read somewhere that, even if our parents and grandparents would hope, the latter two types of media really only have about 5-7 years of life to them before they start decaying. Maybe that's why when you tried to watch the video from your childhood you found that the tracking was bad and then, to your dismay, the VCR ate your tape. Or when listening to some oldies (but goodies) in your tape deck, all of a sudden it began making weird noises, like it was digesting your tape instead of reading it back to you. 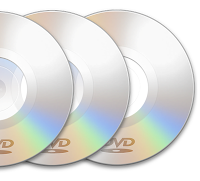 Yes, Cassettes and VHS tapes are almost gone now and soon CDs and DVDs will join them. This, according to Yahoo! Personal Finance. The article is about what not to buy in 2010. I really think it's okay to buy most of these items, and they'll probably be available for another 5 years, but with software like iTunes, YouTube, and DVRs in your cable package, it just seems more efficient and economical to get something via the web.

"The days of going to a video shop to rent a movie are at an end. In September, Blockbuster (BBI) said it plans to close roughly 22% of its stores by the end of 2010; meanwhile, third-quarter revenue was down 21% from the year-ago period." And, "when was the last time you bought a CD or even walked into a record store? The past decade was one of the worst for the industry. In the beginning, there was Napster. Then came iTunes, which was introduced in 2001 and offered affordable pricing and easy accessibility. Face it, CDs aren't coming back.Record stores are feeling the pinch. Most Virgin Megastores in the U.S. have shut down following declines in sales and revenues. In 2004, Tower Records entered bankruptcy and by 2006 most locations had closed."

There are many options for saving/exporting files. "External hard drives are one option, but an up-and-coming alternative might be simpler and save you another transition down the road. Online backup services, like 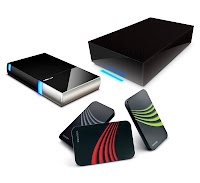 Carbonite.com or Mozy.com, allow users to back up data over the Internet."

As a designer, we must create a lot of files, and be able to store those files. My personal favorite is the external hard drive because it lets you open files and resave them with little to no effort or time. DVDs are a great backup to your ExHDs. But, you can only put 4GB on them and in this age, 4GB isn't much. However, in the event that something happens to your computer or ExHD, having DVD backup is a plus.

Go ahead and read the article and keep in mind who it effects most (it won't be your grandparents). Technology is ever-changing and to keep up is trifling. Innovation is a must as we uncover new ideas and knowledge. Yet, we must persist and perform in order to sustain and live.
Posted by Jeremiah Good Design at 10:29 AM No comments: